Floppy D!sk "deluxe" version is an extension of the original CGAJam entry. The game has been shown at two festivals (Numerik Games 2017 and GGC2017) and received many improvements besides the online mode: New weapons, tweaks, CRT shader and one mini-boss! It has been interesting to show the game, get feedback and meet players. The festival version has a local leaderboard which enabled competition among the visitors. It didn't took long before having recurring players trying to beat each other and get to the top.

In addition a dedicated controller has been developped especially for festivals. It's custom built using an Arduino, arcade buttons and a bit of soldering. Communication with the controller is estalished through serial USB connection. 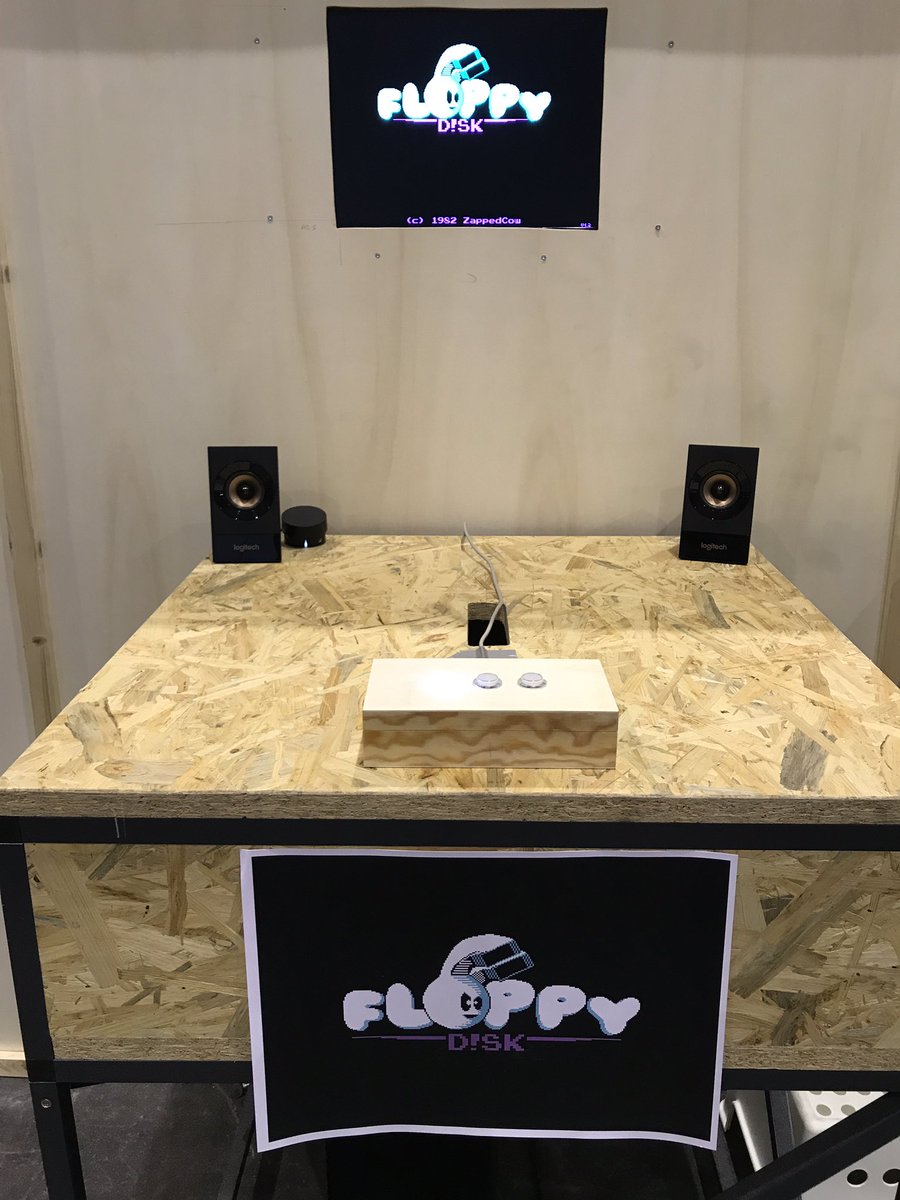 Hopefully you will have as much fun playing the game as I had creating it!